Happy the newsletter part of this came together, it took me a long time to figure out how to effectively do this.

To write it up a bit, the RSS feed (provided by the jekyll-feed gem) triggers Zapier, which then triggers Buttondown. It works! I mean, I hope. I don’t have any direct evidence until this one goes out.

Still haven’t really gotten out into the world and done anything. I think the main thing that’ll reduce my psychological block is just planning deeply ahead, so I should buy movie or concert tickets for something in July, and just make sure I am prepared.

Starting to keep to a better writing schedule for fiction stuff, as you can vaguely see the evidence of below. Hopefully updating my status like this will keep me honest, or at least, embarassed if the numbers don’t change.

I keep going back and rewriting this, but it’s a concept I fell in love with, that will be my first submission to an actual flash fiction publication. Hoping to send out to beta readers next week for some sanity checking.

No major progress, going to start working on this after I finish the above.

All New X-Men by Brian Michael Bendis and various artists

Continuing my reading of “X-Men I hadn’t read before”, this was a big surprise to me. It definitely was good, but it’s hard not to feel like nearly everything that occurred in it got memory holed as soon as House of X/Powers of X started. As far as attempts to recover the X-Men from the previous post-Decimation status quo go, it’s definitely the inferior, but there’s some good stuff in here. 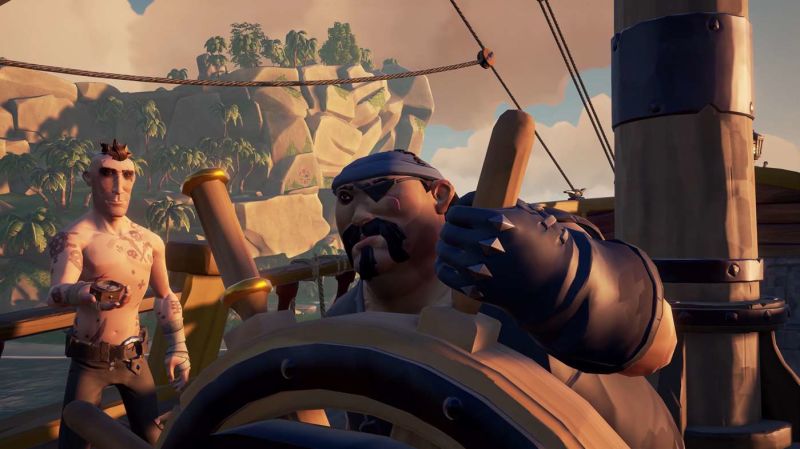 After playing some multiplayer and getting over an initial fundamental misunderstanding of what the game is, I’ve had a good time. I’m not sure if it’ll stick, but that may depend on the crew I’ve gathered for myself.

In a game where PvP is completely integrated and freeform, I feel like it could do a better job of making the PvP more like environmental danger - but in the sessions we’ve had, we get targeted by one group of people and just killed over and over again. It seems like it didn’t conclude.

I would have honestly felt better if I were getting randomly murdered by DIFFERENT people.

Just started this on a recommendation of a friend who worked on the console port, and it has so far been extremely endearing. You play as a dog with a paintbrush in a black and white world - and you can color things in. So far, the puzzles have all been extremely logical and pretty fun. Looking forward to getting deeper into it!

Thanks for reading, gonna start with some more detailed reviews in here soon, plus this blog is the failure state of anything I submit anywhere. If they don’t want it, it goes up on the site. Unless I also don’t like it. In which case it is gone forever.